Printing in an Increasingly Paperless World 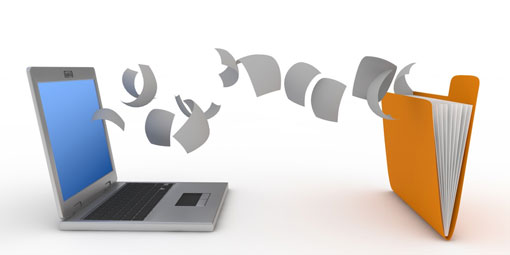 I have a philosophical question for you. If a message needs to be communicated through text, do trees need to do the talking? In other words, is there any reason we should print on paper?

It’s a good question and with some good arguments against it. We save trees by going paperless; texting through phones is convenient and quick; and if you’re going to sort through reams of data, using computer programs to organize it all is so much easier.

But hold on, before we jump on the paperless bandwagon, let’s consider what print has to offer that digital can’t. I’ll even throw in some of the risks associated with the datascape to sweeten the deal.

Print has a sort of archaic set-in-stone quality that you can’t get on the world wide web. Things are constantly changing online, what with periodic updates, ongoing threads, and all those fifteen-minute sensations competing for your attention. That awesome deal or poignant quote you found on the web could be gone the next time you try to look for it again. But with print, once it’s printed, there’s no changing it. What it reveals to you then won’t be “updated” later on. It’s a snapshot of the intent of the writer or artist at that moment, typos and all, and a great reference if there is ever a dispute where the print is involved.

As ubiquitous as our digital access is, there are still some places where the network just can’t reach. I’m talking about our daily routines, our commutes, our physical interactions with neighbors, friends, and coworkers. Our computers have become advanced in terms of visual fidelity, but they have only ever tried to achieve the presence that the real world has always given us. A big banner announcing HAPPY BIRTHDAY BOB! is more stimulating than a tweet, right, Bob?

Speaking to those looking to attract customers to their business, studies show that print ads have a greater impact than digital. The study subjects who remembered the ad and were willing to buy were more prominent among those exposed to physical ads than among the ones subjected to the digital. I paraphrase Roger Dooley in his blog “Print vs. Digital: Another Emotional Win for Paper.”

While it’s certainly true that the digital world provides a convenient place to access and store information, there’s little sense in giving up print entirely. Think of some of the oldest texts we have and compare it to how often our devices give up on us. Imagine archaeologists hundreds of years from now unearthing the devices of our era. A phone whose battery had long since been drained versus a scrap of paper whose ink had faded, which would tell more about our long-expired culture, do you think?